We are back (yea), and most people would probably say I am daft, I just spent $650 on ribbons (a lady was getting rid of her stock so it was like .17 a yard)

I took pictures of the road(s) that are now on our sweet neighbor's property (petty man), and is out easement into out property.

This is at the entrance, just after the cattle guard.  The road used to go more straight, but he has now made two roads.  His is clearly marked!  Our property (obviously) is to the left in the picture. 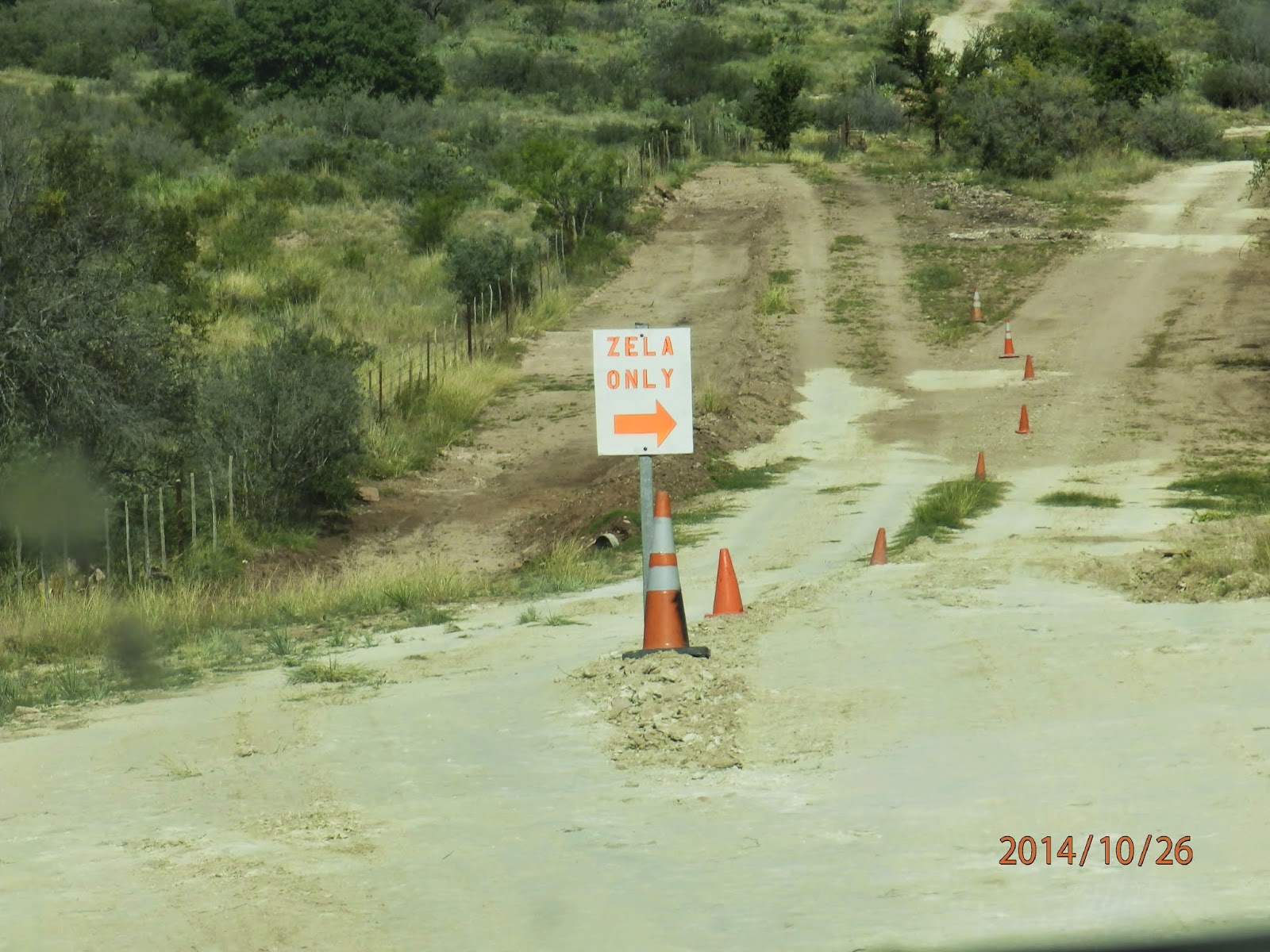 The patch of weeds in the middle is where the road was originally.  Parts are still fairly visible as being the road (the ONLY) road. 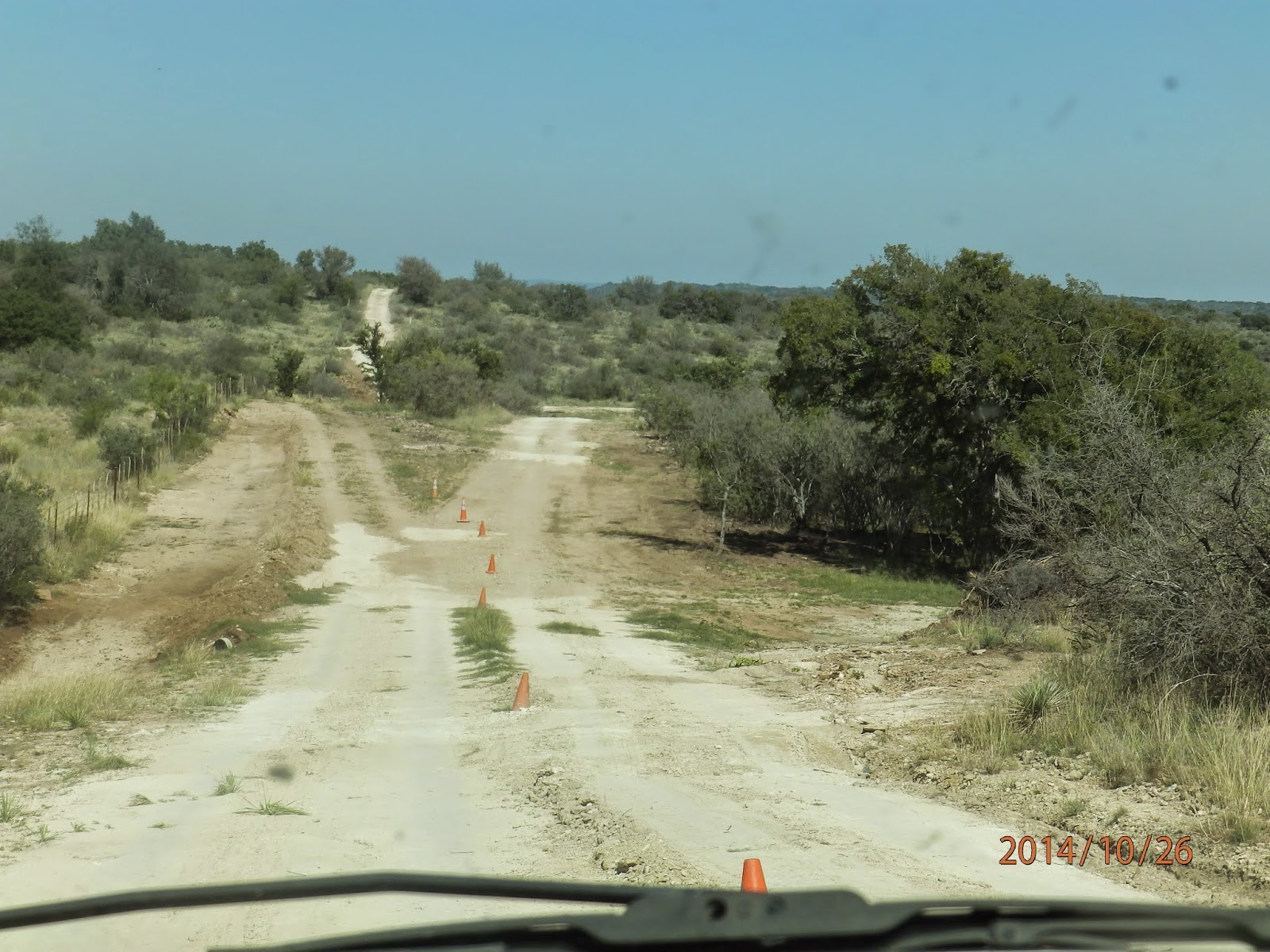 This is the part that worries me a lot.  It is basically dirt.  Now when it rains - the dirt and water make mud.  There is a lot of rock just under most of the dirt, but this dirt had been undisturbed for probably a century - since the fence was erected. 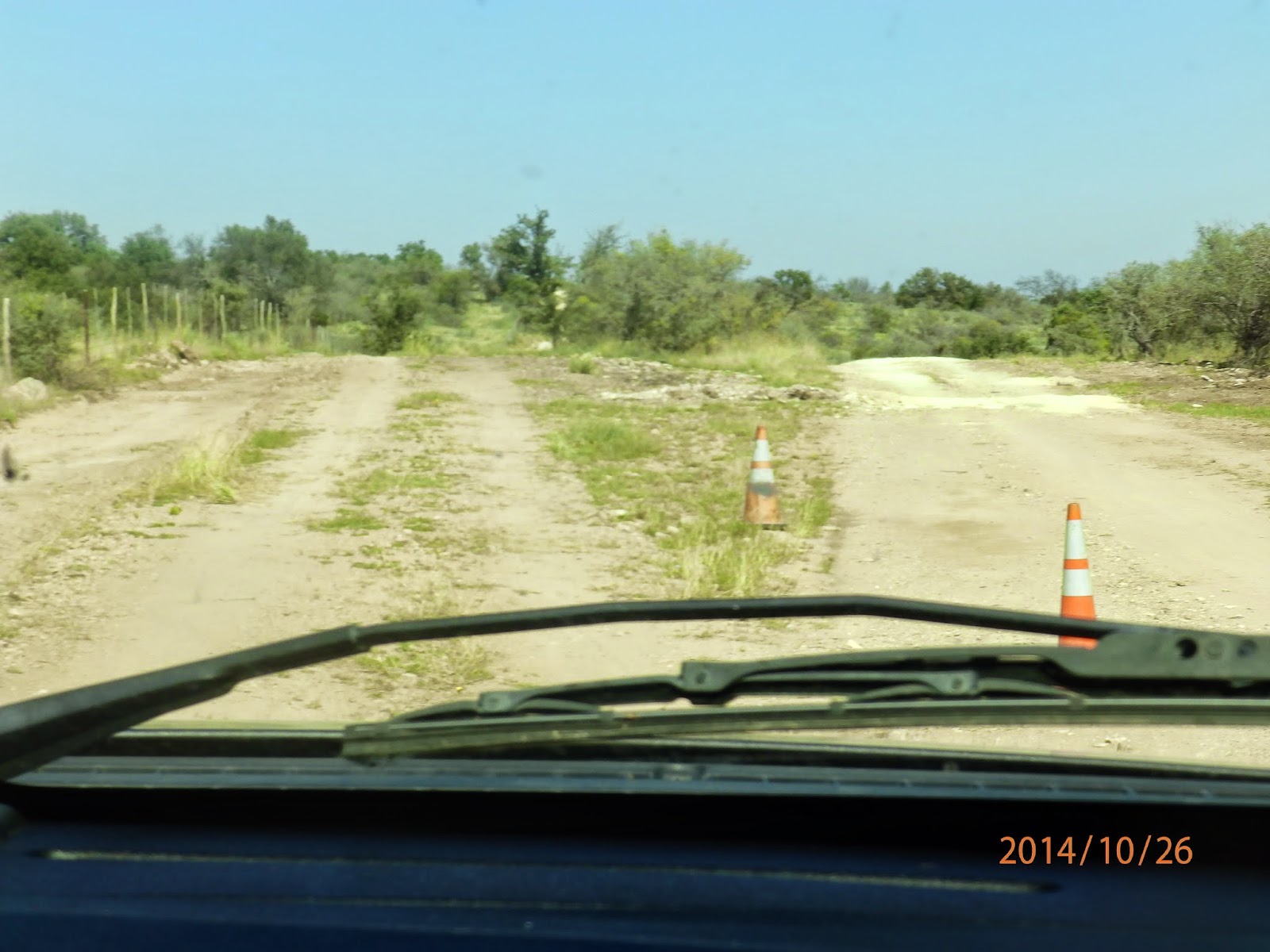 Now you can see even more of the reason I am concerned.  This is a pretty steep hill - at least for a DIRT road.  If you look closely at the bottom - just a little past the tree on the right is OUR cattle guard into our property.  AND this will wash out! 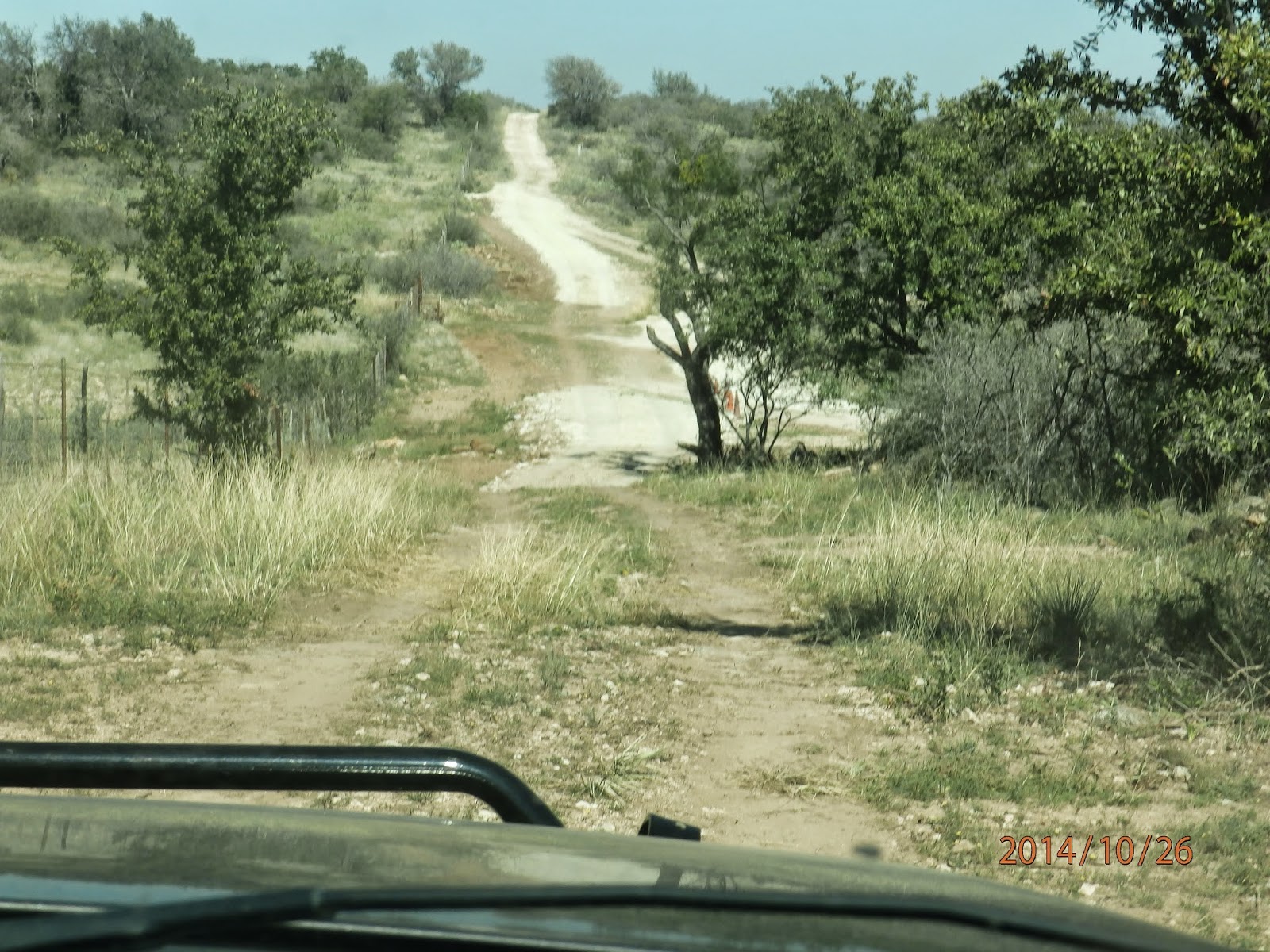 And his road goes to the right, ours to the left, and Reggie's straight.  What a dweeb. 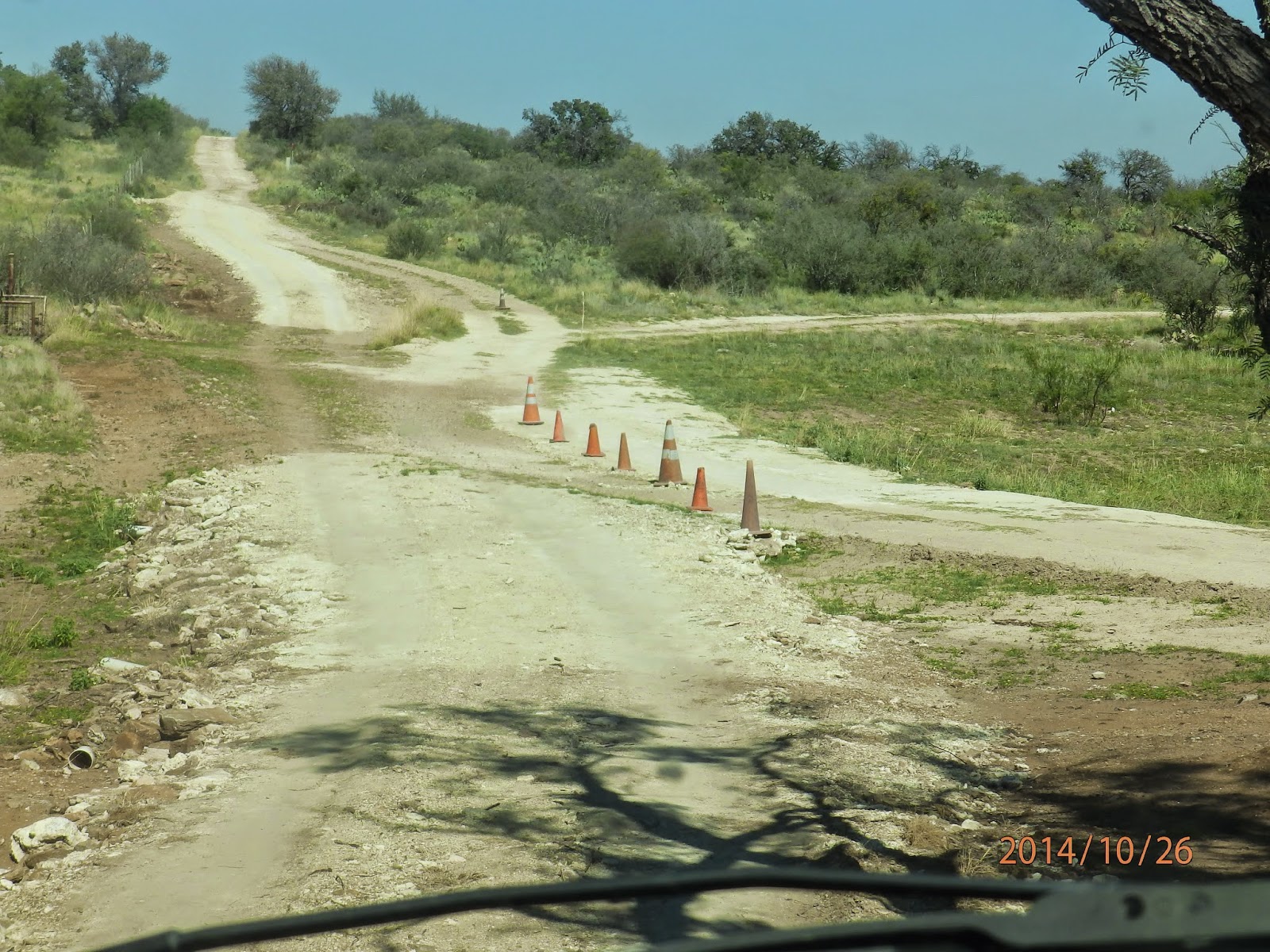 I would say--IDIOT!!! Why are people always wanting to stir things up and cause drama and stress?

That's so unfair; yes petty for sure.