When I was downloading the last pictures I took at the convention, I found some that I found amusing at the time, and in fact still do in a perverted way!

We were on the last train excursion - waiting in the yard for the final boarding, and whatever checks and preparations the train crew had to do.  I had seen the "professional" K9 and the truck before we boarded.  At the time I was thinking "what are they going to do - check all of us old farts for drugs?  I will bet they would find some - all legal."

G and I are among the youngsters on these trips!  I would bet the average age is over 70.  And with all the aches and pains that us old folks have, I am sure there was a lot of things like hydrocodone and the like about.

After a bit, the dog was right there at our car!  The train crew and police ( that accompanied us on all trips!  Didn't think we would be in any danger from train robbers in Arkansas!) were gathered around the dog who was at the wheels right under my chair! 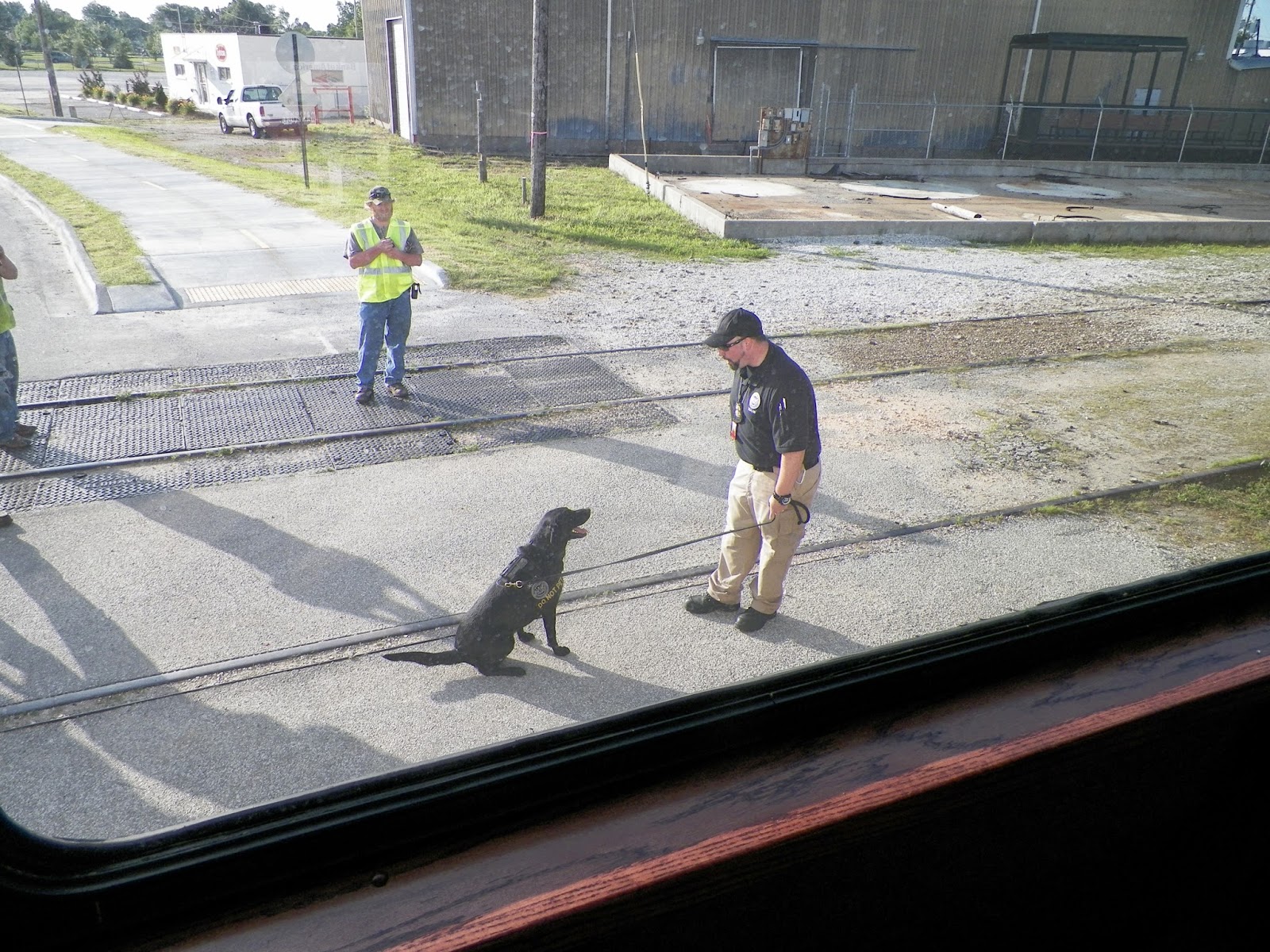 Neat pictures. I don't think I've ever seen an explosives dog working. I've seen lots of drug dogs at the airport though. Wonder if they had a tip or if that was standard procedure?

Marti- it was publicity (I think and hope!). This was a national convention, and I believe they wanted the publicity. Although the head of the Train police force said they were going to make sure nothing happened to us!

We pretty much are going to be almost downtown Dallas - around the University. Can't wait to get there Friday afternoon to enjoy the Dallas traffic - says someone who drives in Houston traffic. But I really believe Dallas is worse!